The reading room includes articles and videos of potential interest to consumers and medical professionals. The opinions expressed do not necessarily reflect the views of the NC Medical Board, its members and staff.

Why food could be the best medicine of all

Time
February 23, 2019
When Tom Shicowich’s toe started feeling numb in 2010, he brushed it off as a temporary ache. At the time, he didn’t have health insurance, so he put off going to the doctor. The toe became infected, and he got so sick that he stayed in bed for two days with what he assumed was the flu. When he finally saw a doctor, the physician immediately sent Shicowich to the emergency room. Several days later, surgeons amputated his toe, and he ended up spending a month in the hospital to recover.

My wife was dying, and we didn’t tell our children

The Atlantic
February 14, 2019
We decided not to tell the kids. Marla knew that once our three daughters understood that their mother had been given 1,000 days to live, they’d start counting. They would not be able to enjoy school, friends, their teams, or birthday parties. They’d be watching too closely—how she looked, moved, acted, ate, or didn’t. Marla wanted her daughters to stay children: unburdened, confident that tomorrow would look like yesterday.

What happened to bird flu? How a major threat to human health faded from view

STATNews
February 13, 2019
Just over a dozen years ago, a bird flu virus known as H5N1 was charting a destructive course through Asia, North Africa, and the Middle East, ravaging poultry in apocalyptic numbers and killing 6 in 10 humans known to have contracted it. 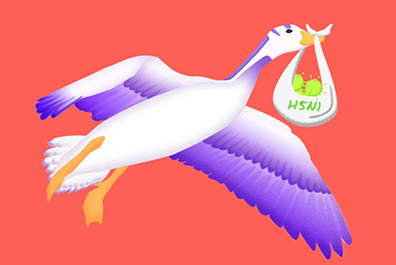