Jul 31, 2008  Newsletter:  2008 No 2  Categories:  Board News Comments:   0 comments  Print Friendly Version  |   Share this item
The North Carolina Medical Board elected new officers at its July meeting. In accordance with amended Board bylaws, the leadership team includes a place for an At-Large member for the first time this year. This change was aimed at opening up the Board’s Executive Committee to members who are not on a formal leadership track but nonetheless have an interest in shaping the Board’s priorities. New officers begin their terms on November 1. The Board’s current President, Dr. Janelle A. Rhyne, will continue to serve on the Executive Committee as immediate past President.

George L. Saunders, III, MD, President
Dr. Saunders graduated from Loyola University of Los Angeles and earned his MD from the University of California at San Diego School of Medicine. He completed his residency training in family medicine at St. Joseph’s Medical Center in Yonkers, NY, where he then served as a preceptor. He also served on the faculty at New York Medical College as a clinical instructor in the Department of Medicine.

Following the completion of his medical education, Dr. Saunders became the first medical director of the Urgent Care Network at Jackson Memorial-University of Miami Medical Center and later was appointed associate clinical professor in the Department of Family and Community Medicine. He joined Landmark Learning Center, a 360-bed facility for the developmentally disabled in Miami, where he served as medical executive director and quality assurance officer. During his tenure at the Learning Center, Dr. Saunders’ department won a state award for quality and efficiency.

Dr. Saunders professional experience includes numerous appointments, including president, vice president and recording secretary of the Dade County, Fla., Chapter of the National Medical Association. He also served as president of the Brunswick County Medical Society and as president and convention chair of the Old North State Medical Society, a group that named him Physician of the Year in 1998 and 1999.

Dr. Saunders is currently an adjunct clinical instructor at the University of North Carolina, Chapel Hill School of Medicine and a preceptor for medical students, nurse practitioner students and family practice residents.

He was appointed to the Board in 2005. Dr. Loomis is chair of the Board’s Disciplinary Committee and has served on its Executive, Reentry, Complaint, Licensing and CPP Committees. He has also served as the Board’s treasurer and secretary. Since spring 2007, he has served on the Bylaws Committee of the Federation of State Medical Boards. He practices at the Mountain Neurological Center in Asheville.

Donald E. Jablonski, DO, Secretary/Treasurer
A native of Michigan, Dr. Jablonski took his undergraduate degree at the University of Windsor, Windsor Ontario, Canada, with graduate study at Oakland University, Rochester, Michigan. He received his DO degree from the Chicago College of Osteopathic Medicine. He did his internship at Lakeview General Hospital in Battle Creek, Michigan, where he served as chief intern. He is certified by the American Osteopathic Board of Family Practice. In 1996-1997, he participated in the Academic Leadership Fellowship Program of the Ohio University College of Osteopathic Medicine.

Dr. Jablonski was appointed to the Board in 2005. He is chair of the Board’s Licensing Committee and serves on the Disciplinary, Best Practices and Executive Committees.

Lewis’s distinguished legal career has included the private practice of law in Farmville for 16 years. For 12 of those years, he served as town attorney for Farmville, Fountain and Hookerton. Lewis served as a Special Superior Court judge for six years and on the North Carolina Court of Appeals for 11 years. He is currently a Court of Appeals recall judge, a temporary administrative law judge and an emergency Special Superior Court judge.

Judge Lewis’s beloved wife Kay Ellen “Kelly” Isley on February 25, 1967. “Kelly” Lewis died on July 20, 2006. Like their parents, the couple’s two sons, Benjamin May Lewis, II, and John Thomas Carlysle Lewis are both happily married. Thomas and his wife, Amanda, live in Huntersville. They welcomed a son, Kelan Carlysle Lewis, on February 22, 2008. Ben and his wife, Michelle, and their daughters, Margaret May and Ellen, live in Richmond, Virginia. 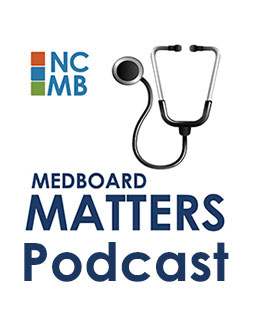